Title: Off the Ice
A Breakaway Novel
Author: L.P. Dover
Genre: Sports Romance
Release Date: October 16, 2018
Blurb
He’s always made the scoring plays, both on and off the
ice, but this time he has a new goal … the one for Meghan’s heart.
I’m Justin Davis, all-star center for the Charlotte
Strikers. For years, I chased the spotlight, not only with hockey, but through
television as well. That’s why I decided to play the bachelor on Rich
and Single. Unfortunately, I was stuck with a fake fiancée from hell
who I couldn’t stand to be around. Now that our contract is up, I’m allowed to
do whatever I want, with whoever I want. I plan to take full advantage of my
newfound freedom.
After being on the show, people don’t recognize me for
hockey anymore, even with just winning the Stanley Cup for my team. That’s why
I’m spending the off season in a remote cabin in Wyoming where the chances of
people knowing me are slim. Space is what I need, but when a down to earth
beauty needs help on her ranch, I can’t resist. Meghan Taylor is exactly what
I’ve been looking for, even though I’m not the kind of man she wants.
Getting her to see the real me has its challenges, but the
more time I spend with her, the easier it is for her to see that I’m not the
same guy she knows from TV. Being away from the media is one thing, but as soon
as I’m back in the spotlight, I’m afraid it’ll change what we have. I don’t
want to lose her, but I also can’t hide away in Wyoming forever. It’s a choice
I’m not ready to make.
ADD TO GOODREADS

After the death of her husband eight years ago, Meghan has done her best to get by, focusing on her daughter Ellie and her job as a teacher. She hasn’t met anyone who sparks her interest, but she is okay with that.  Then she meets Justin.

Justin is a hockey player who is dealing with a lot of drama right now. After being on a reality show and ending up in a one year contract of an engagement with a drama queen, he is ready to be free of it all.  When the hockey season ends, he escapes to Wyoming for what he hopes will be a peaceful summer.

Meghan knows Justin’s reputation, but it seems like the guy she has come to know in Wyoming is completely different from the one she has seen on TV and in the tabloids. Which version is the real Justin?

I would give this book 3.5 stars. This book is part of a series. I have read the other books, but I think it would be fine as a stand alone book.I was asked by the author for an honest review.

I was asked by the author for an honest review.
I’ve read the first two books in the Breakaway series, but this could be a stand alone novel. Previous characters appear in this story and it helps to have read the other books, but it’s not central to the plot of Off the Ice.
I especially liked the characters and would like to read more of the series.

I have to say I enjoyed this story and the pairing was so fun to see throughout the story.  They are totally different people.  Different worlds.  In loved seeing these to come together in a setting that was not totally comfortable for Justin and with all the stuff that is happening back home with his ex,well it seemed a little appropriate for him to slow his life down a bit.  Meghan. You have to love this girl.  She is trying to mend her heart. Even with eight Yeats after her husbands dying, she still hasn’t moved on.  Seeing Justin and learning and starting to live again be cause of him, it was sweet to watch.  Meghan tries so hard not to fall in love, she does the exact opposite.
Now there are complications.  Justin’s ex, Meghan’s will not to get hurt and her protecting herself.  The drama is there.  Not so much that it covers up this story but enough to get your attention.  The secondary characters are actually great in the story.  They help us as the reader, understand our main characters and that is a great help at times.  Also I love the advice that is given out throughout the book.  It was fun to watch it unfold.
Now the only thing I would like to finish off and say is I love this author.  No matter what I read I can sit down and enjoy.  I’ve read the books in this series and this was not my favorite of them but I still enjoyed reading this book.
Purchase Links
AMAZON US / UK / CA / AU
B&N / KOBO / iBOOKS
SMASHWORDS

New York Times and USA Today bestselling
author L. P. Dover is a
southern belle living in North Carolina with her husband and two beautiful
girls. Before she began her literary journey she worked in periodontics,
enjoying the wonderment of dental surgeries.
She loves to write,
but she also loves to play golf, go on mountain hikes and white water rafting,
and has a passion for singing. Her two youngest fans expect a concert each and
every night before bedtime, usually Christmas carols.
Dover has written
countless novels, including her Forever Fae series, the Second Chances series,
the Gloves Off series, the Armed & Dangerous series, the Royal Shifters
series, the Society X series, the Circle of Justice series, and her standalone
novels It Must’ve Been the Mistletoe and Love, Lies,
and Deception. Her favorite genre to read and write is romantic
suspense, but if she got to choose a setting in which to live, it would be with
her faeries in the Land of the Fae.
Author Links
FACEBOOK
FACEBOOK GROUP
WEBSITE 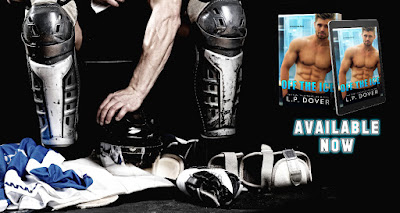