“Gah! You want this book! Need to know this story! All I can say is Yes!! Yes you need Quinn James in your life! Yes Heidi McLaughlin is continuing all the things I loved about her Beaumont Series into this Next Generation!!” -Amber, The Geekery Book Review 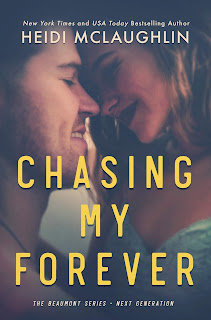 Music is his passion. It’s in his blood. Yet, Quinn James isn’t sure if stardom is right for him. His family wants him to join a band, and follow in his father’s footsteps but fear holds him back. He can’t explain it, and when he tries, no one understands what he’s afraid of or why he’s content playing coffee shop gigs where no one knows him.
Eleanora Boone wants to live her life, not the one her very southern parents planned for her, which is why she chose a college thousands of miles away. Now she’s faced with returning home or doing something that would defy her family. When an opportunity to visit Los Angeles falls in her lap, she uses it to become someone different.

California is everything Eleanora thought it would be, and even more so when she meets Quinn, the shy, reserved and brooding musician who’s the complete opposite of the guys she’s used to back home.
For the first time, Quinn’s smitten. The new, mysterious waitress has him wrapped around her finger, and he finds that he is finally able to open up and trust someone outside of his family circle.
But living a different life comes with its risks, and for Eleanora, that risk is a secret that has the power to destroy both of them. 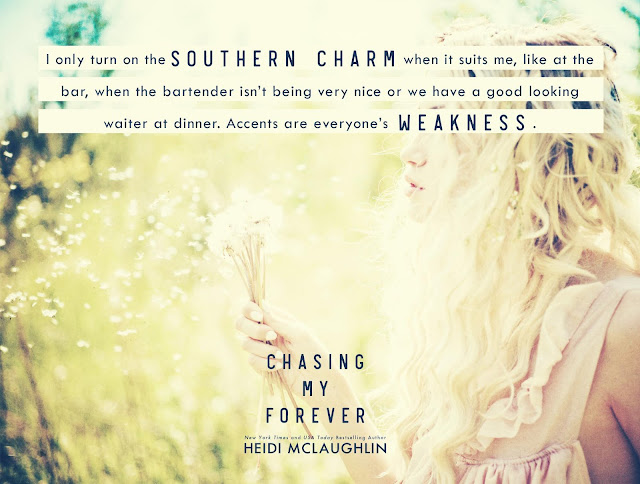 I have loved this series and now we get to see Quinn.  What more can I ask for.  Get your tea, wine or whatever you drink and get ready to dive into the next generation.  Now I want to tell you, you can read this book if you want as a stand a lone, but my recommendations is start at the beginning.  You need to learn all the characters.  All the love that is shared in each and every book.  All the struggles, the real life dilemmas that are put to you daily.  You as a reader need to see how their lives can implode but also be pieced back together with the right family and friends that can help them through it all.
Quinn, you actually meet him earlier and he is just eight.  All grown up and he has got his talent from his dad. Quinn doesn’t know what he wants from life yet.   He’s still trying to navigate through.  His live for music and his shyness are so cute in this book.  He is learning what he wants from life, but you see it grow throughout the book.  Everyone wants something different for him. But Quinn has to make the decision on how it will play out.
Nola,   I actually get mixed vibes with her.  There are times I love her and then other times I want more of her.  She’s in a weird set up.  She wanted to go to school out of state. Her parents agreed but when she came back well she had to marry her school sweetheart.  Let. Me tell you her sweetheart, not so much.  I couldn’t believe parents would want a d bag for a son in law.  I felt for Nola.  Just graduating trying to find her way in the world and to have over bearing parents. Nola had a tough road ahead of her.
Quinn and Nola meet where Quinn plays his music and well they hit off.  Now let’s enter the drama.  Quinn will have to deal with things in this book, but he will be able to determine his fate by the end of the book.  Nola will have to stand on her own with her parents and tell them what she wants.
Both Quinn and Nola will have to grow up in this book and figure out what they truly want.  With everything that happens in this book I really think Quinn steals this book.  His story, just wow.  He is one of those characters that you will be thinking about after the book is finished.  I am in love with series.  Each character just defines this series.  You need them all to make it complete and the author does that every single time.

“You should do it, El. My brother lives there,” Sofia adds. Her brother, right. For the past two years, she’s told me about her brother. In fact, she tells anyone who will listen. He’s famous or is going to be, yet refuses to tell us his name, but talks about him an awful lot. He goes by Q, according to her. It’s some artist name or whatever. The thing is, when you’ve lived with someone for two years, you meet their family. Granted, this is the first time she’s met my parents, but my brother and sister have come to visit, and she’s had the dubious honor of meeting Roy. The only person in Sofia’s family that we’ve met is her mom, Alicia. Never the brother, which is a shame because anytime him and Sofia are together in pictures, he looks super-hot, and way out of my league. 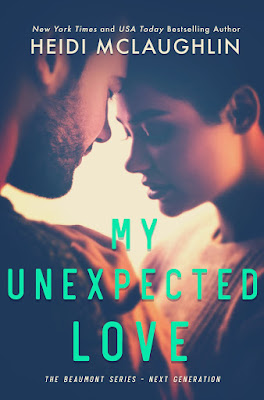 Heidi is a New York Times and USA Today Bestselling author.
Originally from the Pacific Northwest, she now lives in picturesque Vermont, with her husband and two daughters. Also renting space in their home is an over-hyper Beagle/Jack Russell, Buttercup and a Highland West/Mini Schnauzer, JiLL and her brother, Racicot.
When she’s isn’t writing one of the many stories planned for release, you’ll find her sitting court-side during either daughter’s basketball games.
Heidi’s first novel, Forever My Girl, will be in theaters on October 27, 2017, starring Alex Roe and Jessica Rothe.